Illegal possession of a loaded semi-automatic handgun has landed a Chicago man four years in federal prison. 43-year old Lashon Norfleet has possessed a firearm in the 7100 block of South Albany Avenue on the evening of March 20, 2018. Norfleet’s vehicle had inoperable brake lights and Chicago Police officers pulled him over.

Norfleet had no valid driver’s license on him and the officers discovered the loaded gun in his waistband. Norfleet had previous multiple felonies convictions-including two firearm-related offenses. He was not allowed to possess a gun. Norfleet pleaded guilty last year to the federal charge of illegal possession of a firearm. 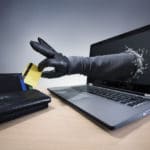