As a reminder, many municipalities in Cook County opted-out of the Cook County Minimum Wage and/or Paid Sick Leave ordinances. If your business is in Cook County (but not the City of Chicago), you must check whether or not the municipality that you are in opted-out and whether they opted out of both or only one.

Under this change, it can be interpreted that any employer who has an employee who performs at least two (2) hours of work within the geographic boundaries of the City, during any particular two-week period, must pay that employee the Chicago minimum wage for the time spent working within the City of Chicago and record the amount of paid sick leave accrued by that employee for the time spent working in the City!

As an example of the impact of this is the following scenario: a Colorado business sends its non-exempt employee to New York. The employee’s flight has a 2 ½ hour layover at O’Hare (O’Hare and Midway are both within the geographic boundaries of the City of Chicago). Technically under Chicago’s Paid Sick leave ordinance, the Colorado business would have to record the amount of paid sick leave that the employee accrued during the 2 ½ hours that the employee was “working” in Chicago and would be required to pay the Chicago minimum wage of $15.00/hr for the hours the employee was “working” in Chicago.

Any employer who has employees going into the City of Chicago, MUST review and understand their obligations and whether they are currently subject to the Chicago Minimum Wage and Paid Sick leave ordinances.

This means that employees who work in outside sales, for a religious corporation or organization, are a student-employee of an Illinois college or university covered by the Fair Labor Standard Act, or are an employee of a motor carrier covered by the Department of Transportation, should be eligible to accrue up to 40 hours of paid sick leave each year under the Chicago Paid Sick Leave ordinance.  As the Chicago Paid Sick Leave ordinance has specific requirements regarding accrual rate, carryover, caps, permitted uses, restrictions on use, requesting supporting documentation from employees, and employee notice, it is recommended that you contact experienced employment counsel regarding drafting a policy or questions about compliance.

Remember to Update Your Posters AND Provide written notices to Employees –
Under the Chicago’s rules, employers have to post the most up to date minimum wage and paid sick leave posters and provide written notices to covered employees each year with the first paycheck after July 1st, whether by paper or electronic means. The City of Chicago posters for Chicago minimum wage and paid sick leave can be found on the City of Chicago webpages for Minimum Wage and Paid Sick Leave in English, Spanish, Polish, Chinese, Filipino and Korean. Additionally, the Cook County website has posters for Minimum Wage and Sick Leave, but only in English.

The State of Illinois has its Minimum Wage poster on its website in English or Spanish.

Employers who are unsure whether they must comply, what they must do to comply or are concerned about their policies complying should contact experienced employment counsel to mitigate exposures and minimize risk.

If you have questions on this article or other employment law topics, please contact Steve Jados at 630.587.7934 or . Steve is a contributor to the Labor & Employment Law Update at www.laborandemploymentlawupdate.com. 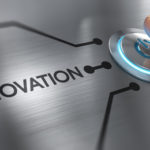 National Coffee with a Cop Day in Naperville: Everyone Invited on Oct. 5
Citizens are invited to enjoy coffee and conversation with members of the Naperville Police Department
Tags: Career & Education, economic development, FinancialMember, small business