CARBONDALE – Southern Illinois University Carbondale Faculty Association (SIUCFA) calls Southern Illinois University Carbondale (SIUC) to stop its disciplinary investigation into Mingqing Xiao, Ph.D. The university initiated the investigation based on the “China Initiative” after the SIUC administration found out Professor Xiao was facing facing indictment by the Department of Justice.

The self-proclaimed “China Initiative” was created during the Trump administration and, according to SIUCFA President Anne Fletcher, it creates a reprehensible and frightening situation in a country that is supposed to honor the rule of law and presumption of innocence. “We believe the federal charges against Professor Xiao should also be dismissed and further, the university should discontinue the disciplinary investigation against Professor Xiao and restore him to his teaching and research duties,” Fletcher said.

Professor Xiao is a 30-year resident of the United States. He obtained a US citizenship in 2006, and for the last 21 years, he has been teaching mathematics at SIUC.

On April 21, 2021, Professor Xiao got a notion that the U.S. Department of Justice provided him with the indictment and claimed inter alia that he was “concealing support from the Chinese government and a Chinese university” in a grant application to the National Science Foundation. Right after that, SIUC also initiated an investigation into Professor Xiao and, therefore, removed him from his research duties and teaching in the university.

SIUC Professor Edward Benyas commented this incident as shameful for the whole nation and compared it to Japanese-Americans conflict in the 1940’s – 1950’s that ruined many lives and careers of Americans.  “The China Initiative fuels anti-Asian sentiments, hostility, and xenophobia,” he said. “It threatens the livelihood of our institutions of higher education, the talented professionals we employ, the students we educate, and the communities we serve.”

Fletcher publicly urged to stop the investigation into Mingqing Xiao and end the whole “China Initiative.” “We urge faculty, students and the general public to familiarize themselves with the issues at stake when freedom to research is constricted with ethnicity as a main focal point by reading and signing onto the Stanford Letter, which is signed by faculty from across the country and urges the DOJ to end ‘The China Initiative.’” 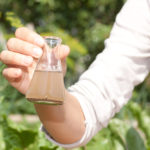