James McHugh Construction Company has acquired a $58 million building permit for a renovation project from Chicago. The project is related to the renovation of a 339 unit, 20-story Prairie Shores rental building. The building is located at 2901 S. Dr. Martin L. King Jr. Dr. in Bronzeville. According to the experts, it is one of the most expensive soft renovation projects imaginable.

According to the building permit, the project includes the replacement of kitchen cabinets and appliances. According to McHugh Construction, bathroom sinks will be replaced. The project also includes the installation of a new counter top between the kitchen and dining room. There will be no mechanical or fire protection work.

There will be limited electrical work as well, according to the permit. According to data given in the permit, the cost of a single unit will be more than $171000. The value of the project is set at $58 value in the building permit. The scope-of-work limitations described in the building permit show that it will be a highly expensive renovation job.

A CNN reader wrote in an email, “Hopefully that $58 million permit covers the entire project.” The contractor said that it was a much larger project. The bidding process of the project was conducted in December 2019. The scope of the project might have changed since then, according to the contractor. James McHugh Construction Company is the general contractor of the project.

According to the McHugh Construction officials, AMS Mechanical Systems will provide plumbing services while JMS Electrical Inc. will provide electrical services. The permit said, “The existing privately owned and funded residential building will remain privately owned and funded residential.” The accessibility of the building will not be upgraded. Moreover, parking and exterior landscape works will also not be changed. 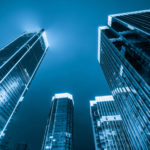 3 days ago By Adyson Sipes

3 days ago By Shawn Genzone

4 days ago By Savion Buehler

4 days ago By Lucas Durden

4 days ago By Josephine Poot
We use cookies to ensure that we give you the best experience on our website. If you continue to use this site we will assume that you are happy with it.OkPrivacy policy