The Justice Department said on Tuesday that a Mexican national has been arrested and charged with acting as a Russian agent within the United States. According to a DOJ news release, Hector Alejandro Cabrera Fuentes worked as an occupational researcher as he lived in Singapore. Last year, he was recruited by a Russian government official who directed him to rent an apartment in Miami-Dade County.

The court documents allege that Hector flew to Moscow earlier this month, where he had met with the Russian official. He was given a description of a vehicle used by a US government source. According to the court documents, Hector was told to find the vehicle and obtain the license plate number without taking any pictures. He was also given the task of reporting it back to Russia.

Investigators say that Hector, using a temporary business/tourism visa, traveled to Miami from Mexico City on February 13. The authorities say that a security guard had spotted him the next day where the US government source lived. It is also alleged that Fuentes’ companion was taking a picture of the license plate of the source’s vehicle.

According to court documents, on February 16, the US Customs and Border Protection stopped Fuentes and his companion are they arrived at Miami International Airport to leave the US. The DOJ said Fuentes reportedly “admitted to law enforcement officers that he was directed by a Russian government official to conduct this operation.”

According to the criminal complaint, Fuentes had indicated that the Russian official worked for Russia’s Federal Security Service. The FSS is Russia’s counterintelligence mission that directly reports to Vladimir Putin. The complaint also said that at one point in time last year the Russian official told Fuentes “we can help each other.” 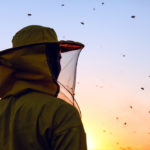