There is good news for Jay-Z as he has been named as the world’s first billionaire rapper. This accomplishment has been in a new Forbes Cover Story. The magazine claims that the rapper’s ‘conservatively’ total assets are worth $1 billion. The magazine has covered his various ventures as well as any real estate and his art collection as well.

Jay-Z’s real name is Shawn Carter and is 49-years old. He is only a handful of billionaire entertainers while he is the only hip-hop artist to achieve such a feat. His longtime collaborator Kasseem ‘Swizz Beatz’ Dean says that it is bigger than hip-hop. He added “It’s the blueprint for our culture. A guy that looks like us, sounds like us, loves us, made it to something that we always felt that was above us.”

Jay-Z has been involved in various ventures excluding the hip-hop industry as well. Some of the valuable holdings that has made him into a billionaire includes his $310m ownership of Armand de Brignac champagne, a $100m stake in D’Ussé cognac, his $100m Tidal streaming service, $50m in real estate and a $70m investment in Uber.

It is reported that his music catalogue is worth about $75 million. This is thanks to careful negotiation of his publishing rights. He said in an interview in 2005 that many of the rappers end up broke. His net worth was about $350 million at that time. He said that it was time for someone to take it to the next level and he certainly did.

Jay-Z had a troublesome young life as he was selling drugs before he went into rapping. He had started selling his CDs out of his car before releasing his first album. His first album was 1996’s Reasonable Doubt. It had sold more than 1.5 m copies since. He married Beyoncé, whose net worth is estimated to be $355 m. 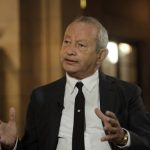