The National Trust for Historic Preservation announced the South Side Community Art Center as a National Treasure. The decision of the appointment of a new executive director is taken after that announcement. The Art Center is also placed on the list of the National Register of Historic Places.

The capital bill of the State of Illinois also announced a grant of ten million dollars. The granted money will be spent on the expansion and revitalization of the Center. The Center will be able to meet the needs of youth, artists, and community after its expansion and revitalization. Gant led the search of a new executive director. After the three months of search, the search committee and the Board of Directors announced the appointment of the new executive director.

The search committee announced that Brinkman-Hill agreed to serve as the next Executive Director of the South Side Community Art Center. Gant said that there were several strong candidates for the job of a new executive director. He added that Brinkman-Hill would provide strong leadership for the Center. 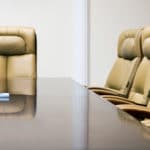 A Man from Maywood Sentenced to 10+ Years for Drug Trafficking
ROCKFORD — A suburban Chicago man has been sentenced to more than ten years in
Tags: executive director, Monique Brinkman-Hill, South Side Community Art Center