Yesterday evening the Peoria County Board approved amendments to the Building & Property Maintenance Code of the Peoria County Code to include the adoption of the 2018 edition of the International Code Council’s I-Codes (building codes) and 2017 National Fire Protection Association 70: National Electric Code. The changes go into effect on July 1, 2021 and apply to structures in unincorporated Peoria County.

The purpose of adopting the newer standards is to ensure the safe construction of industrial, commercial, and residential structures in the County, to assist in the reduction of insurance rates for property owners, and to properly address issues associated with unsafe housing for the public. Peoria County is currently enforcing 2012 Building Code standards and the 2014 Electrical Code.

Peoria County’s Planning & Zoning Department began working with area building departments in 2019 toward the mutual goal of getting all regional local governments to adopt the same code cycle.

“Enforcement of the same codes regionally should ease burdens on homeowners and builders, many of whom work in multiple municipalities,” said Kathi Urban, Peoria County’s Director of Planning & Zoning. “The cities of Peoria, Bloomington, and Washington, and the Village of Peoria Heights, are already utilizing 2018 building codes, and we expect more local governments to adopt these codes later this year.”

In addition, seven local communities have also adopted, or plan to adopt this year, the 2017 or later addition of the National Electric Code.

Peoria County Planning & Zoning met with and had positive discussions with the Peoria Area Homebuilder’s Association, a local Fire Protection District, and the Peoria Area Association of Realtors before recommending the amendments.

Questions on the implementation of the new codes should be directed to the Peoria County Planning & Zoning Department at (309) 672-6075 or email . 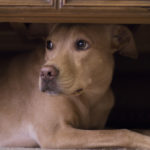 National Coffee with a Cop Day in Naperville: Everyone Invited on Oct. 5
Citizens are invited to enjoy coffee and conversation with members of the Naperville Police Department
Tags: Building codes, Electrical Codes, Peoria County