The 1963 civil rights March on Washington is commemorated as thousands gather in Washington DC. The demonstrators are also protesting police violence. The families of black Americans shot or killed by police will speak at the same site where Martin Luther King Jr delivered his I Have a Dream speech. Friday’s event is called the Commitment March: Get Your Knee Off Our Necks.

The event’s name is a reference to George Floyd’s death. The police shooting of Jacob Blake renews the protests. The relatives of Mr. Blake, Mr. Floyd, Breonna Taylor, and Eric Garner are expected to deliver speeches at the march. Civil rights leader Reverend Al Sharpton and Martin Luther King III – the eldest son of Mr. King Jr. will also join others in the event.

The event comes in the wake of at times violent protests over Mr. Blake’s shooting that have left two dead in Kenosha, Wisconsin. Police shot and injured Mr. Blake last Sunday. Since the killing of Mr. Floyd in May, marches in support of the Black Lives Matter movement and against racism and police brutality have swept the US and the globe.

Mr. Floyd died after being held down by police officers, one of whom knelt on his neck. Breonna Taylor was shot and killed in her home when officers raided her apartment. Protesters are seeking justice for them. Democratic vice-presidential nominee Senator Kamala Harris addressed the rally virtually. As early as 7 am, attendees lined along Constitution avenue.

Lloyd Miner traveled from Philadelphia this morning as he says, “I’m here to play my role and give this administration the mandate that we mean what we say: we want change.” There’s a sense of urgency for Rex Ikwueme, “We’re in a crisis and we really have got to get things in order,” he says. “We can’t be living like this and we can’t be seeing my people die on film every week. That’s not normal.” 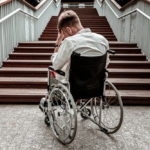 3 of the best national forests in the U.S.
Whenever visiting forests, it is a great opportunity to think about the true beauty of