“The fact that we were able to collect more than $6 million dollars this year demonstrates the
dedication and skill of the members of our financial litigation unit, as well as the excellent case
work done by our civil and criminal divisions,” said U.S. Attorney Crowe. “The work of collecting
restitution from criminal defendants and returning funds to victims of crime is a critical part of
the job for all prosecutors,” she continued.

U.S. Attorneys’ Offices, along with the Department of Justice’s litigating divisions, are
responsible for enforcing and collecting civil and criminal debts owed to the United States and
criminal debts owed to federal crime victims. The law requires defendants to pay restitution to
victims of certain federal crimes who have suffered a physical injury or financial loss. While
restitution is paid to victims, criminal fines and felony assessments are paid to the Department’s
Crime Victims Fund, which distributes the funds collected to federal and state victim compensation
and victim assistance programs.

U.S. Attorney Crowe also said, “These collections represent civil settlements, restitution to
victims, as well as fines and monetary penalties. This money is back where it belongs – in the
hands of victims and the taxpayers.”

Working with partner agencies and divisions, the Southern District of Illinois also collected
$539,030.27 in asset forfeiture actions in FY 2022. The Department’s Asset Forfeiture Program
encompasses the seizure and forfeiture of assets that represent the proceeds of, or were used to
facilitate, federal crimes. Forfeited assets deposited into the Department’s Assets Forfeiture
Fund are used to restore funds to crime victims and for a variety of law enforcement purposes. 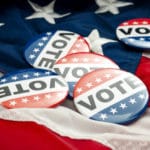 Election Day to be monitored by U.S. Attorney’s Office
The federal and local primary elections in Chicago and surrounding suburbs on March 17, 2020,

Biden and Xi agree to meet during call that focused on tension with Taiwan, economic anxiety
Tensions over Taiwan, Russia's war in Ukraine and clashes over the economy dominated a call between
Tags: Attorney’s Office, Criminal case