Own an iPhone? You can now keep a digital version of your COVID-19 vaccine card right in your phone’s Apple Wallet.

On Monday, Apple released iOS 15.1, an update to its operating system for iPhones which will introduce features including SharePlay to share experiences like watching movies directly in FaceTime.

The update also includes the option for iPhone owners to add their COVID vaccine cards directly in Apple Wallet.

Apple introduced the feature last month. When iOS 15 arrived in September, Apple offered iPhone users the option to store vaccine and test result records from providers within the Health app.

Users have several options for including their vaccine card to Apple Wallet. If using a QR code, iPhone owners scan it with their camera, tap the Health app notification, then add it to the Wallet and Health apps.

You can also download a verifiable health record from your provider and add that to the Health and Wallet apps. If you already have your vaccine record in the Health app, just open it and add directly to Wallet.

The Wallet card shows your name, which COVID vaccine you received, the dates of your doses, the health care provider and a QR code.

The update is one of several ways smartphone owners can keep a copy of their COVID vaccine cards handy for verification purposes. Samsung and Google offer wallet apps similar to Apple where you can store them.

If you prefer a simpler choice, users can snap a photo of their physical COVID card to keep on their phone. 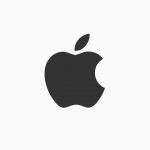 Retailers predict Christmas sells to be about $960 billion
Holiday retail sales are set to grow between 6 and 8 percent this year, according
Tags: Apple, Iphone, vaccine card