Alderman Edward M. Burke, 14th, is no longer a partner at the law firm he helped start and which plays a major role in his federal indictment.

Burke filed a statement of disassociation with the Illinois Secretary of State in April from his firm, Klafter & Burke, which handles real estate valuation and property tax cases. The disassociation came shortly after charges were brought against Charles Cui, a Portage Park developer who hired Burke’s firm because he was a “powerful broker in City Hall” who could potentially help him receive city approvals for a project on the city’s Northwest Side.

Federal prosecutors allege he abused his position as powerful chair of the Finance Committee “to solicit and extort” work for Klafter & Burke “and other benefits from companies and individuals with business before the city,” including the developers of the Old Post Office and a Burger King franchisee in his Southwest Side ward.

Burke’s daughter Jennifer is still listed as a partner, according to records with the Secretary of State. The alderman is no longer listed on the firm’s website.

Burke has maintained his innocence. His attorneys are not due back in court until the fall. Since Burke’s office was first raided in November 2018, he has not heeded calls from Mayor Lori Lightfoot to resign, but lost his chairmanship of the powerful Finance Committee as well as political support.

In the wake of his indictment, Mayor Lori Lightfoot has pushed through a series of ethics reform, including a ban on aldermen holding certain outside employment “that poses a potential liability or a conflict of interest with City of Chicago business.”

The news was first reported by the Chicago Tribune. 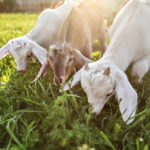 Ordinance places strict regulations on farms in Chicago
The Latin motto of Chicago is “Urbs in horto” which means “city in a garden”.

Chicago’s Strongest Alderman, Edward Burke, Pleads ‘Not Guilty’ in Federal Court
Edward Burke is known to be the most powerful Alderman of Chicago. He has pleaded

A Man from Maywood Sentenced to 10+ Years for Drug Trafficking
ROCKFORD — A suburban Chicago man has been sentenced to more than ten years in
Tags: Alderman, Edward M. Burke, Klafter & Burke