49-year-old Shawn E. Whitecotton of Herrin, Illinois pleaded guilty to a two-count felony information charging him with making false statements on government forms. He entered in a guilty plea in which he admits to concealing from the federal government thousands of dollars he received from a government contractor.

On March 11, 2021, at 10:00 a.m. he will be sentenced at the federal courthouse in Benton, Illinois. He could face up to 5 years in prison and a fine up to $250,000 on each count. Court documents reveal that he was the factory manager of the UNICOR manufacturing facility operating within the federal penitentiary at Marion, Illinois (USP-Marion).1

In 2014, USP-Marion’s UNICOR facility contracted with a private company, PGB Hangers, LLC (“PGB”), to manufacture wire clothing hangers. Whitecotton oversaw the contract as the UNICOR factory manager. He convinced PGB to hire him as a salesperson and he created an entity “TRCB, LLC” He received over $20,000 in payments from PGB.

Bureau of Prisons (BOP) administers 1 UNICOR- a wholly-owned government corporation-that operates manufacturing facilities in certain BOP facilities. Whitecotton was required to annually report his financial interests, any outside employment activities, and any positions held outside his role at the prison as he was a supervisory employee in the executive branch of the United States. Uncovering any possible conflicts of interest is the main purpose of the requirements.

Court documents reveal that Whitecottoen admitted to intentionally not disclosing his work for PGB and the payments he received as outside income. He also admitted to trying to suppress or interfere with investigators’ discovery of the truth when it appeared his unlawful conduct would be discovered. FBI and Department of Justice Office of the Inspector General conducted the investigation. 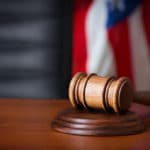