Shawn E. Whitecotton, 50, of Herrin, Illinois, was sentenced to 16 months confinement today, consisting of 8 months in federal prison and 8 months of home confinement after his release. At his sentencing, United States District Court Judge Staci M. Yandle agreed with federal prosecutors that  Whitecotton knowingly obtained thousands of dollars by abusing his management position at the federal penitentiary at Marion, Illinois (USP-Marion), lied about it, and then obstructed justice while trying to cover up his scheme.

“It is important for the community to have faith in our institutions, including our federal prisons,”  U.S.  Attorney  Steven  D.  Weinhoeft said.  “We  will  always  hold  public  officials accountable if they abuse positions of public trust for their own financial benefit.”

“Whitecotton failed to inform the government that,  while he was a  UNICOR  factory manager, he was also being paid directly by a contractor he oversaw; and he doubled down when he thought he’d get caught. Today’s sentencing shows that there is no place for lying and deceit among federal employees,” said William J. Hannah, Special Agent in Charge of the Department of Justice Office of the Inspector General Chicago Field Office.

Whitecotton was a career federal corrections officer and served as the factory manager of the  UNICOR  manufacturing facility operating within  USP-Marion.   In  2014,  USP-Marion’s UNICOR facility contracted with a private company, PGB Hanger, Inc. (“PGB”), to manufacture wire clothing hangers.  As factory manager,  Whitecotton was directly responsible for the  PGB contract. Shortly after the work began, Whitecotton approached PGB’s owner and offered to work for PGB as a salesperson – in direct violation of government ethics rules. PGB agreed and they signed a  written contract setting  Whitecotton’s compensation at  $1,500.00  a  month,  plus a commission for each hanger sold on new accounts and a  monthly phone allowance.  He then accepted over $20,000.00 in payments from PGB during the following year.

UNICOR is a wholly-owned government corporation administered by the Bureau of Prisons (BOP) that operates manufacturing facilities in certain BOP facilities. The goal is to prepare federal inmates for successful reentry into society by providing them with job training and work skills. UNICOR hires BOP inmates to work in its factories, at different locations. In some circumstances, UNICOR contracts with private vide product manufacturing services.

In 2015, while Whitecotton was continuing to work for PGB as a salesperson, he became aware that federal investigators were interviewing staff and inmates working in his factory. Worried that his prohibited job with PGB might be exposed, Whitecotton concocted a cover-up. He amended documents to make it appear that his son had been working for PGB, as opposed to Whitecotton. He also instructed PGB’s owner not to cooperate with investigators if anyone asked for an interview.  Whitecotton further told  PGB’s owner that if he did agree to speak to investigators, the owner should say that Whitecotton’s son, not Whitecotton, had been working with PGB as a salesperson and receiving payments for the past year.

Whitecotton further attempted to conceal his prohibited job with PGB by making false statements on certified government forms. As a supervisory employee in the executive branch of the United States, Whitecotton was required to annually report his financial interests, any outside employment activities, and any positions held outside his role at the prison. The purpose of this requirement was to uncover any possible conflicts of interest a supervisory employee may have in the performance of his or her duties. The forms specifically required Whitecotton to disclose any sources of income over $200. At the time, Whitecotton had received over $20,000 in payments from PGB, but he knowingly failed to disclose that information, to prevent federal investigators from discovering the truth.

Along with 8 months in prison and 8 months of home confinement, Judge Yandle ordered Whitecotton to pay restitution in the amount of $23,475.25 – the total amount he earned from PGB. As part of his sentence, Whitecotton was also ordered to serve 10 months on supervised release after his home confinement ends.

This case was investigated by the FBI and Department of Justice Office of the Inspector General. The case was prosecuted by Assistant United States Attorney Luke J. Weissler. 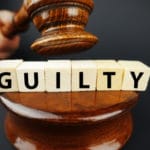