Former Principal of St. John the Baptist Elementary School in Smithton, Illinois Roy Joseph Monti was sentenced last week to 6 months in federal prison and 6 months of home detention. The 54-year-old Monti of St. Louis, Missouri pleaded guilty back in September to one count of interstate transportation of stolen money.

Monti will have to serve an additional 18 months of supervised release following his home confinement.  Court documents reveal that from March 2017 to November 2019, Monti, as principal of the school, embezzled $113,061.87 from the school’s bank account. Monti tried to cover up his illegal actions by noting purportedly valid expenses on the withdrawal slips.

The withdrawal slips turned out to be false and fraudulent. He worked in Illinois, but lived in Missouri. He allegedly committed federal felony as well as he carried large amounts of stolen cash across the state. The federal district court ordered the former principal to make full restitution to the school. FBI and the Smithton Police Department conducted the investigation.

U.S. urges citizens to home-school kids amid Coronavirus spread
The United States has begun the first week of widespread school closures amid the Coronavirus 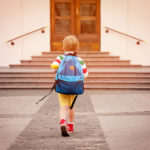