High waves and rip currents are expected on Lake Michigan this Sunday. National Weather Service has issued the beach hazard alert. It advised the locals and visitors to stay away from the waters of Lake Michigan.

The beach hazard alert will take effect from Sunday afternoon and it will stay in effect until Monday evening. The waves would be higher than the normal-waves during this period. People are advised to stay away from water from 1:00 pm Sunday to Monday evening. Strong rip currents are also expected on the lake which would be quite dangerous.

The weather department has forecasted the rip currents and structural currents on the lake. The waves are expected to be 4-6 feet high. National Weather Service said, “Life-Threatening waves and currents are expected at the beaches.” It added, “People visiting the beaches should stay out of the water.” Lake County and LaPorte County of Indiana are also under the threat of high waves and rip currents. The beach hazard alert has also been issued for these counties.

Chicagoans must have to keep an eye on the beach status website of Chicago Park District. The swim conditions related to the weather and surf would be announced on the site. Authorities are expected to make a decision soon.

Lake Michigan is under the threat of high waves as compared to the normal waves. National Weather Service released a statement in which it advised the local residents and visitors to stay out of the waters of Lake Michigan and area beaches. Higher than normal waves, structural currents, and rip currents are expected from Sunday afternoon until Monday evening. The alert has been issued for this period of time. The counties of Indiana are also alerted with severe beach conditions. People should stay out of the waters while visiting the beaches. 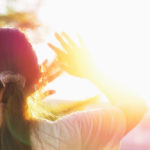