The 32nd annual Depot Stove Gang Model Railroad Show and Swap Meet in Lena, Illinois, has been canceled by the organizers. The event was going to take place this weekend. The organizers said that it was much easier to be safe than sorry.

According to the officials, the model railroads, railroad memorabilia, and 300 square-feet of operating displays were going to be displayed this year. Unfortunately, people will go to miss the chance as the event has been canceled.

Roger Schamberger said, “We have made the decision to cancel our 32nd Annual Depot Stove Gang Model Railroad Show and Swap Meet.” It was worth seeing the transformation of three gymnasiums into a locomotive attraction.

Schamberger said that he talked to the officials from the Health Department of Stephenson County about the event. He added that the officials recommended that it was much easier to stay safe than sorry. The visitors from four states were ready to attend the event this weekend. Moreover, the participating vendors were coming from five states.

The event was planned to take place at 401 Fremont Street in Lena on Saturday, March 14, from 10 am to 4 pm and Sunday, March 15, from 10 am to 4 pm. Schamberger added that they wanted to know everyone as fast as possible. He said, “We placed 900 posters in 71 area communities and Press Releases to 127 newspapers. According to the Stephenson County Health Department, a person can carry the virus up to seven days without feeling bad impacts. The department added that the exposure in that time could be tremendous. 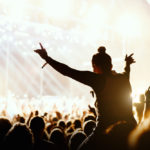 Lena Lions’ ‘The Cadillac of Small Town Festivals’ schedules on 6th and 7th September
The 69th Annual Fall Festival of Lena Lions will be held in downtown Lena. The