The 69th Annual Fall Festival of Lena Lions will be held in downtown Lena. The festival is scheduled on 6th and 7th of September, 2019. The festival is known as The Cadillac of Small Town Festivals. There is free entry to the festival on Friday.

The MADDMEN will perform on Saturday evening from 7:00 pm to 9:00 pm. They are coming into the festival due to the popular demand for them. The MADDMEN are the veteran performers as they are performing since the 1960s. Lee Garner, Dean Kuehl, Deny Kuhl, Jim Martin, Kevin Trost, and Chris Robinson are the member of the group. Chris Robinson belongs to Lena and he has a huge fan following here.

The Lena Lions will raffle a 2019 Polaris Ranger 570 EPS LE NARA BRONZE. 3700 tickets are available for becoming a contender of the raffling. The ticket price is $10 for a single ticket is $20 for three tickets. There is a second and third prize as well. $200 Lena Money Gift Certificate is the second prize while $100 Lena Money Gift Certificate is the third prize. “Lena, A Place Called Home” is the theme of this year’s parade. You can also get registered for the 5k Run/Walk which is sponsored by the Lena Community Park District. The 5k Run/Walk will be held on Saturday, September 7. 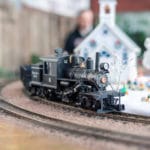