The federal government is zeroing in on Southwest Airlines after it canceled thousands of flights over the Christmas holidays, stranding tens of thousands of travelers.

Southwest’s problems can’t completely be blamed on winter storms. While other airlines had some weather-related cancellations, Southwest shut down more than 15,000 flights over the holidays and likely won’t resume normal operations until the new year.

Key figures ranging from Transportation Secretary Pete Buttigieg to Sen. Maria Cantwell (D-Wash.), the chairwoman of the Senate Commerce Committee, are zeroing in on Southwest’s archaic scheduling system and whether the airline is reimbursing customers for costs incurred while they wait for another flight.

“At a minimum, there needs to be cash refunds for the canceled flights, and they need to be taking care of passengers where they got stuck with meals, hotel compensation,” Buttigieg, who has been in contact with Southwest leadership, said on NBC News on Tuesday evening.

Buttigieg said Wednesday that the Department of Transportation will “mount an extraordinary effort” to ensure that travelers are fully compensated.

“In order to restore that relationship with their customers, Southwest is going to have to not only make them financially whole but find a way to really rebuild trust and confidence,” he said on ABC’s “Good Morning America.”

Cantwell said that her committee, which deals with aviation issues, will investigate the cause of the meltdown and its impact on travelers.

She indicated that the disaster could spawn tougher airline refund rules. Cantwell and other senators urged the Department of Transportation last month to strengthen a proposed refund rule by requiring airlines to cover travelers’ secondary costs such as food, lodging and transportation when they cancel or significantly delay a flight.

“Many airlines fail to adequately communicate with consumers during flight cancellations. Consumers deserve strong protections, including an updated consumer refund rule,” Cantwell said in a statement.

Southwest CEO Bob Jordan issued a video apology Wednesday and said that the company would “go above and beyond” to provide customers with refunds and help those who took expensive detours.

“We’re doing everything we can to return to a normal operation, and please also hear that I am truly sorry,” he said.

The airline’s customer service plan states that Southwest will rebook travelers on the next available flight at no cost and reimburse customers’ food and lodging costs for delays and cancellations that are within the company’s control.

Jordan also acknowledged Wednesday that the airline needed to update its decades-old scheduling software. Southwest employees this week said that the scheduling system failed to adjust to weather disruptions, making it difficult for the company to guide pilots and flight attendants to the right plane.

“The tools we use to recover from disruption serve us well 99 percent of the time, but clearly we need to double down on our already existing plans to upgrade systems for these extreme circumstances so that we never again face what’s happening right now,” Jordan said.

Southwest is operating only around one-third of its flights in order to clear a backlog. Jordan said that he was optimistic the airline will be back on track before next week.

Customers have struggled this week to reach Southwest representatives in order to get information about their next flight or access their luggage.

“From what I can tell, Southwest is unable to locate even where their own crews are, let alone their own passengers, let alone baggage,” Buttigieg told CNN’s Wolf Blitzer on Tuesday evening.

Winter storms hit Southwest’s hubs in Chicago and Denver particularly hard, leading to thousands of cancellations that then prevented pilots and flight attendants from getting to their next flight. Workers also blame Southwest for scheduling too many flights with the knowledge that winter storms and sick workers would ensure that things wouldn’t go smoothly.

“When you’re dealing with sub-zero temperatures, driving winds and ice storms you can’t expect to schedule planes as if every day is a sunny day with moderate temperatures and a gentle breeze,” Randy Barnes, president of Transport Workers Union of America Local 555, which represents Southwest ground workers, said in a statement.

Barnes added that many Southwest ground workers have been forced to work 16- to 18-hour days during the holiday season and that some “have experienced frostbite over the past week.”

That’s likely to anger lawmakers who provided Southwest and other airlines with billions of dollars in federal aid to keep their staff on the payroll at the height of the pandemic.

Southwest was the first major airline to reinstate dividends this month after restrictions on dividends and investor buybacks attached to the federal aid expired.

The Southwest meltdown ruins what had been a strong stretch for airlines in recent months. U.S. airlines canceled fewer than 300 flights over the Thanksgiving weekend, according to masFlight data. 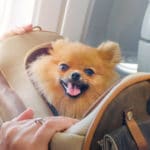