The Alpha Alpha Gamma chapter of Kappa Delta Pi, the International Honor Society in Education, at the University of Illinois Springfield inducted eight new members during a virtual ceremony on April 11, 2021.

The Society inducts individuals who have exhibited the ideals of scholarship, integrity in service, and commitment to excellence in teaching and its allied professions. Selection as a member of Kappa Delta Pi is based on high academic achievement, a commitment to education as a career, and a professional attitude that assures steady growth in the profession.

Students inducted at this year’s ceremony listed by hometown:

Kappa Delta Pi was established in 1911 to recognize and promote excellence in education. Through its programs, services, and strategic partnerships, the honor society supports the professional growth and teaching practices of educators throughout all phases and levels of their careers. The organization currently has more than 600 chapters and an active membership of nearly 40,000 worldwide. 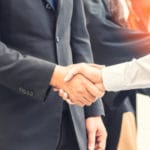