Illinois colleges and universities are pushing for most students to get vaccinated against COVID-19 before they return to campuses in the fall.

The state’s largest private universities are mandating the vaccine for those who return to campus this fall, while the public systems are taking a more incentive-based approach.

Both Illinois State University and the University of Illinois campuses in Urbana-Champaign, Chicago, and Springfield will waive all COVID-19 saliva testing for students who submit proof of vaccination.

Private and public universities have the legal right to require vaccinations, especially before students attend in-person classes or live in campus housing.

Colleges requiring vaccines is not a new concept. It is already commonplace to see vaccine mandates for diseases like tetanus and measles to attend private and public universities.

Lurie Children’s Joins Nationwide Campaign With Other Leading US Hospitals To Promote COVID-19 Vaccination
Ann & Robert H. Lurie Children’s Hospital of Chicago is collaborating with a coalition of 60 of 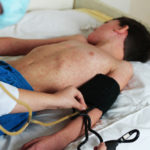 Largest outbreak in 25 years of Measles cases in U.S as they surpass 1000
The number of the measles cases reported in US has surpassed 1000 and it is