The state officials said, “The hospital is found in substantial compliance in the case of Yovanny Lopez”. The state has not given any further details related to the case. Police and prosecutors said that Clarisa Figueroa killed Ochoa-Lopez and then called 911 claiming she had a baby who was not breathing. The bay, Yovanny, was in the ICU where the baby died on Friday.

The father of the baby went to the airport for receiving some relatives who came to attend the funeral of Yovanny. The family of Yovanny called the results of the investigation as an ‘Outrage’. Julie Contreras, spokesperson of the family, said, “The baby was first become the victim of a crime and then state of Illinois re-victimized the baby”.

Christ Medical Center released a statement in which it said, “We thank state for the investigation and offer our prayers for the family of Ochoa-Lopez and we commit to improve the processes of our hospital”. The statement added, “Our prayers are with the family and we admire the bravery of Ochoa-Lopez who gave us huge admiration”.

Three people have been charged in the death of Marlen Ochoa-Lopez. The prosecutors said that Figueroa killed her with the help of her daughter Desiree. Marlen’s body was found after three weeks of her disappearance, according to the police. Clarisa Figueroa, Desiree Figueroa, and Piotr Bobak, boyfriend of Clarisa, have been charged in this case. More charges can be filed after the death of Yovanny. Advocate Christ Medical Center has been cleared by the state investigation team in this case. 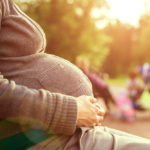