Airport workers are turning out in huge numbers across the country on Thursday to protest what they say are low wages and poor benefits in the industry.

Employees at more than 15 major airports in the U.S. have already launched public demonstrations and marches demanding better pay, affordable healthcare and sick leave for working hard to keep airports clean and running.

Protests were planned at major airports, including in the cities of Chicago, Dallas, Los Angeles, New York and Seattle.

In Boston, Mass., workers are protesting unfair labor practices and inadequate pay at an airport managed by company Swissport USA.

Many airport workers are Black or Latino and are represented by the Service Employees International Union (SEIU). They have called for increased pay and benefits since the start of the pandemic, but say they faced resistance from company leaders.

SEIU President Mary Kay Henry said for “nearly three years” airport workers have “sacrificed their health as essential workers, only to be treated as anything but.”

“Now, airport workers are seizing their power alongside working people across the economy – from Starbucks to Amazon, fast-food to home care and beyond — to demand more from their employers and elected officials,” the SEIU president said in a statement.

Workers gathering on Capitol Hill in Washington, D.C., are asking for Congress to pass the Good Jobs for Good Airports Act, which would provide a minimum wage and benefit standard for airport employees and put them on the path toward a living wage.

The legislation was introduced over the summer by Democratic Sens. Ed Markey (Mass.) and and Richard Blumenthal (Conn.), who are joining the workers in D.C. on Thursday along with Senate Majority Leader Chuck Schumer (D-N.Y.).

At a Thursday press conference with airport workers, Markey said the federal government has awarded billions of dollars to the airport industry.

“They have to share it with the workers,” Markey said to applause from the crowd. “They must get the benefits from the federal money.”

Blumenthal praised airport workers for working hard during the pandemic, but noted there was an “ugly, dark truth” to the fact most of the employees struggling with working conditions are people of color.

“As a matter of simple, fundamental fairness, we need to do right by them,” he said. “These workers make it safe to fly. We owe them better.”

The airline industry has suffered from repeated flight delays and cancellations this year as travel demand surged and companies struggled with staffing shortages caused by the pandemic.

Pilots have also demanded better wages from airline companies this year as frontline workers push for the same with airport operators.

Both airlines and airport operators have relied on contractors for many parts of the business, which have kept wages down.

Many airport workers have not seen a wage increase in 20 years, according to the union Airport Workers United, and protesters on Thursday said they are sometimes not paid for overtime work.

Schumer on Thursday called airport workers “unsung heroes” and said passing legislation to ensure they had better pay and benefits would be a priority this year. 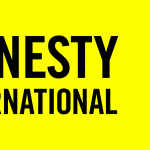 According to a Report, US Airstrikes killed 14 Civilians in Somalia
Amnesty International released a report which shared the details of 14 civilian deaths due to