Architect Helmut Jahn, who designed some of Chicago’s most dramatic and impressive buildings, died in a bicycle accident on May 8. He was 81.

Campton Hills police said in a statement that he was riding his bicycle northeast on Old Lafox Road, approaching its T-shaped intersection with Burlington Road, about 3:30 p.m. Saturday “and failed to stop at the posted stop sign.”

A second vehicle, a silver Hyundai Sonata headed northwest on Burlington Road, then struck him as well, the statement said.

“He was hit by the Trailblazer going south(east) and ended up in the north(west) lane where the Sonata hit him,” Coryell told the Chicago Tribune.

The world-famous architect designed the Thompson Center when he was 39 years old. He also was architect for the Xerox Center (55 West Monroe) and United Airlines Terminal 1 at O’Hare International Airport.

He went on to design such other high-profile projects as the sleek Xerox Center, now known as 55 West Monroe; the art deco revival addition to the Chicago Board of Trade, 141 W. Jackson Blvd.; and the romantically modern United Airlines Terminal 1 at O’Hare International Airport.

“The exterior of the building would remain substantially as previously approved,” Francis Greenburger, chairman and CEO of New York-based Time Equities, wrote in an email to the Tribune then. “Our hope would be to commence construction next year, but this will depend on economic conditions and the availability of financing.”

“Jahn was one of the most inventive Chicago architects whose impact on the city – from the skyline to the O’Hare tunnel – will never be forgotten,” Chicago Mayor Lori Lightfoot said in a statement. “His architectural footprint will be felt and seen across the globe for generations to come. I extend heartfelt prayers to his family.” 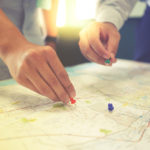 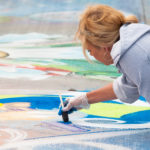 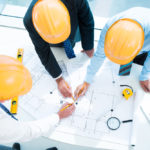