He is staying at the Metropolitan Correctional Center in downtown and he has appeared twice in the court this week. Sydney Schenkier, a Magistrate Judge, is hearing his case. Judge said on the Tuesday hearing that he would release him on certain conditions. Gyulai is an experienced restaurant businessman as he and his wife ran Embeya in the past. Embeya was located in the 500 block of West Randolph and it was an Asian restaurant.

Embeya was established back in September 2012 and got good reviews but it shut down suddenly in June 2016. Gyulai left United States in the same period. US prosecutors filed criminal charges against him in February 2018. He was arrested from Spain in December 2018.

John Theis, defense attorney of Gyulai, gave argument that he left the country before the charges filed against him. He added, “Gyulai visited those countries to visit sick relatives. He does not have any motive to flee as he wants to resolve this case”. According to the federal prosecutors, Gyulai was stealing money and spent that money on his lavish life. The charges say that some unpaid wages of $90000 are due on him. 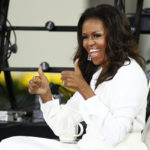