The Big Band of Highland Community College (HCC) will feature the sounds of Big Band jazz in a concert on Nov. 22, 2019. The concert will start at 7:30 pm on Friday, in the Ferguson Fine Arts Center, Pearl City Road, Freeport, Illinois. The concert is organized into two halves. The HCC Big Band will perform in the first half of the concert.

The HCC Big Band will play Whirly Bird, the Count Basie classic, in the concerts. The band will play original music by Gary Brubaker. Adventures in Standards and The Stage Door Swings, the selections from Stan Kenton, will be played by the HCC Big Band. Felton Offard, A Freeport High School graduate and Highland alumna, will perform in the second half of the concert.

Offard is currently playing guitar with the Hamilton, a musical group, in Chicago. Offard is a reputed music composer, producer, and teacher. He has been awarded the Bachelor’s and Master’s degree by the Northern Illinois University. He is a teacher of guitar, music production, and songwriting at the Chicago State University. John Hartman, one of the teachers of Offard and a local musician, will also perform in the second half along with Offard.

The HCC Big Band will perform three all-time jazz classic hits with Offard in the Ferguson Fine Arts Center. These three all-time hits include Afro Blue by Mongo Santamaria, Four on Six by Wes Montgomery, and Chameleon by Herbie Hancock. Bill Peterson, the director, said, “The concert feels special to me.” He added that the HCC Big Band was hopeful and enthusiastic about creating a great night of music.

There will be a meet and greet reception with Offard at the end of the concert. The tickets for the concert can be bought online from highland.edu/boxoffice. The ticket price for adults is $12, for seniors is $10, and for students is $8. Tickets can also be bought at the night of the concert from the entry point. The HCC Big Band said that they would perform as good as ever. 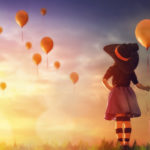