Rachel Miller, 28 and Sebastian Sale, 29 have been indicted by a grand jury with alleged sexual exploitation of minors. Both are resident of1400 block of Summit Dr., Pekin, Ill. They were previously arrested and charged in criminal complaints and were ordered detained in the custody of the U.S. Marshals Service.

Miller is charged with two counts of production of child pornography. According to the indictment, in March 2019, Miller used a cell phone to send images of herself engaging in sexual activity with a prepubescent male. The indictment also alleges that in January 2020, Miller used a cellphone to send a video of an adult engaged in sexual activity with a minor child.

For each count of distribution and possession of child pornography, the maximum penalty is 20 years in prison. The U.S. Immigration and Customs Enforcement, Homeland Security Investigations and the Washington, Ill., Police Department carried out the investigation that made the charges possible. 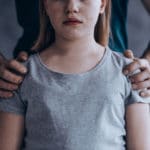 Davenport man convicted for sexual exploitation of a child
A federal jury has returned a guilty verdict late Wednesday afternoon, Jan. 22, 2020 against