The Chicago Metropolitan Agency for Planning (CMAP) is presenting the findings of the Laraway Road Planning and Environmental Linkages (PEL) Study and gathering feedback from the public.  The findings recommend further studying of bridging Laraway Road over the Union Pacific Railroad as well as other capacity and safety improvements.

Residents, businesses, and roadway users are encouraged to learn more about this study and provide their input regarding the proposed improvements along Laraway Road.  A self-guided virtual Public Input Opportunity is open from March 31 to April 30.

A Virtual Public Information Meeting will also be held via Zoom on Wednesday, April 14, from 6:00 p.m. to 7:30 p.m.  The online meeting will provide attendees with an opportunity to view presentations, share their input, and ask questions of team members.

To register for the Virtual Public Information Meeting and view materials for the self-guided Public Input Opportunity, visit the Engage with CMAP website (https://engage.cmap.illinois.gov/laraway-road-at-union-pacific-railroad-crossing). The public can also submit comments and questions at any time about the Laraway Road PEL Study by emailing Tom Murtha, CMAP’s Project Manager, at  or by calling him at 312-386-8649.

CMAP, on behalf of the City of Joliet and in coordination with the Illinois Department of Transportation and the Federal Highway Administration, is studying the Laraway Road and Union Pacific Railroad at-grade, or level, crossing located in Joliet. The study area includes 1.25 miles of Laraway Road from Brandon Road to Illinois Route 53, as well as 1.75 miles of the Union Pacific Railroad from Zurich Road to Schweitzer Road.

The PEL Study, launched in February 2020, is nearing completion. During the PEL Study, we have been exploring ways to reduce travel delays along Laraway Road. We also have examined ways to improve safety and minimize the potential for collisions between trains and vehicles, as well as options that can enhance the reliability of the freight network.  The alternatives recommend for future engineering studies for Laraway Road include bridging Laraway Road over the Union Pacific Railroad.  Additional lanes on Laraway Road and intersection improvements at Route 53, among other improvements, would also be carried forward for future engineering studies.

The City of Joliet has not committed to additional studies or construction. This PEL Study will help the city decide whether to proceed with a project and better understand the cost and scope of the work. The Illinois Commerce Commission has programmed $20 million for the improvement, but additional funding would be necessary to complete the project. 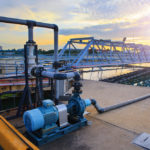