He had a dream of joining the US Army but his weight was a hurdle in the way of the accomplishment of his goal. He was enlisted in the Army in October and he will go for basic training on Tuesday. Montijo said, “In the beginning, my goal was to join the army. He said that he wanted to lose weight and join the army. He was excited about his basic army training.

The US Army said that Montijo once had a weight of 350 pounds and he was not fit for the army. Montijo is a father of two children. Montijo is selected as a satellite Communications systems operator-maintainer. He told the Army News Media, “Last year at this point if you told me that ‘I’d give you a million dollars to do one pushup,’ I couldn’t have done it.”

Montijo added, “I would go down but I could not go up to save my life.” He said that he was interested in two things including communications and technology. The weight loss was important to get ready for the basic training, Montijo’s recruiter said. Sgt. 1st Class Isaac Ayala said, “He is more than ready because he is continuing to lose weight.” The US Army said that the acceptable weight to join the US army is 206 pounds for a 6-foot man.

The US Army said on their website, “Poor body composition causes problems for the Army and the individual soldiers.” There is a lot of difference between the soldiers with proper development and soldiers with inadequate development. The US Army said, “When a soldier is overweight, his or her physical ability to perform declines. The overweight soldier also has an increased risk of developing diseases and injuries.

The body of army specialist returns to home in Chicago
The body of 24-year-old US soldier, who was slain in Afghanistan last month, has been 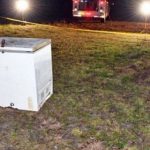 Retailers predict Christmas sells to be about $960 billion
Holiday retail sales are set to grow between 6 and 8 percent this year, according
Tags: Christian Montijo, Florida, losing weight, US army