Whitney is the president emerita of the Clarion University in Pennsylvania. The Board of Trustees will make the final decision about her appointment on June 8. She will work alongside Koch for some time as an interim chancellor on July 1. The UIS currently has more than 1100 faculty members and over 4200 students.

President Killeen said, “Whitney will bring a wealth of relevant experience to UIS.” Whitney has a huge experience of working in the field of higher education. She also has experience working with administrative leaders, faculty members, and higher education boards. Killeen added, “At Clarion, she led an institution that is very similar to UIS in size.”

Whitney has the potential to carry on the work of Koch. Killeen has a huge trust in the abilities of Whitney. He is hopeful that she will strengthen the UIS as an institution. Whitney said that she was excited about taking the new role as interim chancellor of the UIS. She added that it was a challenging job for her due to the coronavirus pandemic.

She said, “I’m honored and thrilled to come to Springfield to lead a university at this incredible moment in time.” She admired the current progress of the UIS in the capital city of Illinois. Whitney’s appointment is for one year. She will work as an interim chancellor of the university until a permanent chancellor is found. Whitney led 14 universities in 2017-18 as interim chancellor of the Pennsylvania State System of Higher Education. These 14 universities contained over 100000 students and more than 1200 faculty members. 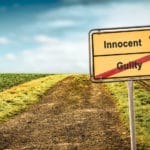