The board approved a measure in May. The county will not impose the 1.5% per month late fee on bills paid until after Oct. 1, effectively giving property owners an additional two months to make payments.

County Treasurer Maria Pappas said after the vote, “Homeowners and business owners are financially stressed because of the pandemic, and the county board’s action will give them two extra months to get their finances together and pay by Oct. 1 without incurring late-payment charges.”

The residents and property owners can, besides the mail, find their bills posted at cookcountytreasurer.com. More than $12 billion are collected annually by the county treasurer. The money collected is on behalf of more than 2,200 jurisdictions, including municipalities, school districts, park districts, libraries, and other taxing districts.

“Unusual times demand extraordinary efforts from government to help people see what’s coming and then help them handle it,” Pappas said. “We’re doing both by waiving penalties and showing taxpayers the bills before they’re even mailed.” 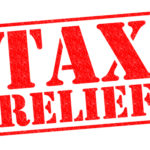