It looks like Netherlands have had enough of the tourism boom.

They say that the country must act now. They are trying to implement tourist tax and closing down attractions in crowded regions.

The tourist attractions for the Dutch are getting swamped.

About 18 million visited Netherlands in 2018. It is estimated that in 2030, about 42 million people will visit the country. The Netherlands tourist board are contemplating the situation and have had enough.

Netherlands are shifting away from promoting tourism and are now trying to manage the people coming into the country.

The 17 million populated country have had enough of tourism and the situation is now getting out of hand.

A tourist board policy document states that they are now prioritizing destination management instead of destination promotion.

The situation has gotten so much out of hand that there is also calls for ‘develop and discourage’.

This could mean that people will be discourage from visiting certain areas. Steps like imposing a tourist tax is also under consideration as well.

The standard of living of the country’s residents have been deeply affected which calls for these drastic measures.

A spokeswoman for the tourist board said of the strategy that tourism was set a goal at the end of last year but that has changed.

She also says that some cities like Amsterdam or areas like Giethoorn are well visited by the tourists.

It is reported that Giethoorn which is a village of 2,500 people have been visited by 350,000 Chinese visitors every year.

The revenue that comes from tourism to the Dutch economy is €82bn (£70bn). 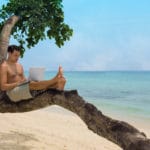 3 of the most remote islands in the world
Even though people claim they love to travel, most of them rarely travel anywhere far,

False tax return charges filed against Riverton man
Jason Hines, a 47-year old Riverton man, has been indicted by a federal jury on

Tax Flight: Reality versus Myth
The forces fighting against the fair tax advocated by Gov. Pritzker are saying that the

New Form W-4 creates a lot of confusions
The IRS has released the renewed version of Form W-4. The changes made in the

Rich will pay more under Pritzker fair tax
The Illinois Policy Institute is out and it has some news for the rich people.
Tags: attractions, Netherlands, tax, tourism, travel