Holiday retail sales are set to grow between 6 and 8 percent this year, according to an estimate from the National Retail Federation (NRF), as inflation remains stubbornly high.

Spending from Nov. 1 to Dec. 31 could total as much as $960 billion, a record-shattering figure, showing that consumers continue to spend even as inflation hits their wallets. The predicted growth would mark a slowdown from 2021, however, when year-over-year holiday sales rose 13.5 percent.

While the bulk of the anticipated sales increase will be driven by higher prices — the NRF estimated that most categories will be up 4 to 5 percent annually — the organization noted that volumes are expected to continue to rise as well.

NRF President and CEO Matthew Shay said that spending by higher income individuals remains strong, while less wealthy households are increasingly tapping into their savings or taking on debt to buy products.

“I think that’s why we’re seeing real growth even in the face of these challenges,” Shay told reporters Thursday.

That’s unlikely to please officials at the Federal Reserve, who on Wednesday issued the fourth straight 75 basis point interest rate hike in an effort to bring down consumer demand so that high prices don’t become entrenched. Despite higher borrowing costs, Americans continue to spend amid a relatively strong job market.

Prices rose 8.2 percent over the past year ending in September, according to Labor Department data, driven by large increases in the price of food, energy and housing.

The NRF’s forecast doesn’t include automobile, gas or restaurant sales. The retail group noted that while grocery prices are soaring, the cost of some goods, like electronics, appliances and furniture, actually decreased annually.

Indiana woman died after giving huge amount of money for community
The Hancock County, Indiana, community received a great gift ahead of Christmas. An Indiana woman 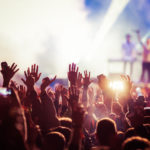 1 month ago By Adyson Sipes

Russia TV Questions Whether Putin Has Any Decent Nuclear Weapons

1 month ago By Lucas Durden
We use cookies to ensure that we give you the best experience on our website. If you continue to use this site we will assume that you are happy with it.OkPrivacy policy