State Rep. Katie Stuart, D-Edwardsville, is going to host a Senior Fraud Prevention Seminar on Monday, January 6, 2020, at the Collinsville Senior Center. The seminar is an effort of Stuart to educate the senior residents about the dangers of scams and frauds. It will help them to protect themselves and their money from criminals and scammers. The office of the Illinois Attorney General is a partner of Stuart in organizing this seminar.

Stuart said, “Every few months, I team up staff at the Illinois Attorney General’s office to talk about the most common and new types of scams.” She added that her focus remained on the scams targeting senior citizens. The older citizens need to get up-to-date information about the new ways of fraud. Stuart said, “I try to ensure that our local residents have the most up-to-date information from the Attorney General.”

Stuart is involved in protecting the rights of older citizens. She is the co-chairman of the Elder Abuse Task Force. The task force is assigned to work on the improvement of laws for the protection of elder residents. The seminar will discuss the most common types of scams that target seniors.

The Senior Fraud Protection Seminar will help the seniors and their families to learn ways to protect themselves from scammers. The financial experts of the office of the Attorney General will be present in the seminar. They will provide up-to-date information to the people who will attend the seminar.

The AG office representatives will take questions from the attendees and guide them accordingly. They will give state resources and information to them related to the scams. Stuart said, “The best way to combat fraud is to be proactive and recognize the warning signs of a potential scam.” She encouraged the senior citizens and their families to attend the event. She said that it was important for the seniors to learn how to protect themselves from financial harm. 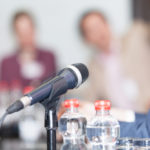