People came from all around to visit the annual Hot Dog Festival organized by The Chicago History Museum. The festival entered its 7th year and people attended it in a huge number. Kathryn Boswell came from Atlanta, Georgia for attending the food event in Chicago.

Boswell said, “I am from the south, so this is definitely new to me, but I love it.” There were a lot of varieties of hot dogs at the festival including charred, steamed, Chicago-style, and many more. The location of the event was just a few steps away from the Chicago History Museum. Tyler Monaghan tracked the lineage of the icon in a bun. Monaghan is an employee at the Chicago History Museum.

Monaghan said, “It starts with the first World’s Fair in Chicago in 1893.” She was proud of Vienna beef as it represented history at the event. Chicago style hot dogs were served by Bryon’s Hot Dogs. Mike Payne, the owner of Bryon’s Hot Dogs, has been serving these hot dogs since 1965. The taste of Chicago style dogs attracts people towards it. It contains mustard, relish, onion, tomato, pickle, and celery salt. Ketchup is missing in the Chicago style dogs but still, it’s a treat to eat.

Chicago style dogs were served by Payne in the White House in 2010 during a congressional picnic. Payne said, “My wife and I were in their kitchen for two days. We will never forget it.” Char dog of Chicago’s Dog House in Lincoln Park also attracted the visitors. Aaron Wolfson, the owner of the Chicago’s Dog House, said, “Polish’s, alligator sausages, rattlesnake and rabbit, some wagyu beef.”

People visited the festival in a huge number for enjoying the best hot dogs. Some people came into the event for the first time. There was a treat for everyone in the form of varieties of hot dogs. The event was organized by the Chicago History Museum. 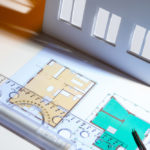