The Covent Hotel in Lincoln Park will be redeveloped into a mixed-income project. The NHP Foundation and Drummond Development revealed their plans for the Hotel.

Chicago Curbed has reported that the historic single-room-occupancy building will be transformed into mixed-income apartments. The apartments will offer both affordable and market-rate units.

Brininstool+Lynch has designed the project. There will be 84 market-rate rental units and garage parking for 52 vehicles. The Covent has 60-single room units. Under the new plan, they will be converted into 30 affordable-rate studio apartments with private bathrooms and kitchens.

There will also be a 4,900 sq. ft. of renovated ground-level retail as well as new amenity spaces for residents. 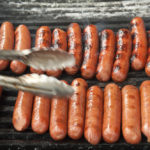 $115 million UIC computer center construction to proceed on accelerated schedule
The Illinois Capital Development Board (CDB), LMN Architects, and Booth Hansen have announced plans for the design and