As the Old Post Office redevelopment takes shape, Chicago has issued a $55 million building permit to Uber Technologies Inc. for a “first time tenant office build-out” on part of the structure — but the space the company is occupying is significantly reduced from its original plans.

The work, while significant, has been delayed because of COVID-19, and Uber has given up a significant amount of its original space to the sublease market, the Chicago Sun-Times has reported.

Uber is adding 86,000 sq. ft to the sublease market, bringing its total contraction in the giant West Loop building to 150,000 sq. ft., the company in February. The overall space to be occupied by the technology business has been reduced to about 310,000 sq. ft.

“A source familiar with the matter said the ride-hailing firm stills plans to use the space as a base for Uber Freight.” the Sun-Times reported. “He estimated Uber plans to have about 2,000 employees there.”

“Uber’s commitment to Chicago remains unchanged,” Robert Kellman, head of Midwest policy at Uber, said in a prepared statement. “Construction will be starting at the Old Post Office space later this spring, and we are looking forward to opening sometime in the fourth quarter of 2021.”

The California-based company reported losing $5.8 billion through the first nine months of 2020 on revenue of $8.9 billion. For the same period in 2019, the company lost $7.4 billion on revenue of $10.08 billion. Business fell drastically for its rides division but increased for its food deliveries, according to published reports. 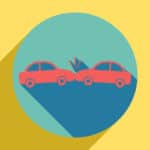 In Chicago, 22 years old man was charged with DUI
On Tuesday, a man who drove under the influence was charged. Moreover, he ran away