The tenth-day figures of three campuses of the University of Illinois System found 88861 students. The three campuses include Urbana-Champaign, Chicago, and Springfield. The University of Illinois System witnesses an increase of 3% students as compared to the last year. UIUC hit 51196 students this year. It is the first time when UIUC crossed the figure of 50000 students. UIC hit 33390 students which is an increase of 5.4 % students this year. 2019 is a fifth straight record year for the UIC.

The Springfield campus, a small liberal-arts institute, witnessed a drop of 6.6% students this year. The good thing is that the campus welcomed 373 fresh students. It is an increase of 18 percent in the number of freshmen in the Springfield campus. Tim Killeen, the President of the University of Illinois System, said, “The university is on pace to meet its goal to register 93600 students overall by fall.”

The students of Illinois were keen to fly to other states for their studies and it reached the level of crisis in Illinois during the tenure of Bruce Rauner. Killeen said that the number of students had risen 9% since 2016 in the University of Illinois System.

JB Pritzker, the governor of Illinois, cheered the efforts of the university. Pritzker said, “When our state sends the message that Illinois schools are world-class centers of learning, they attract the world-class students.” He added that he was working hard with both parties to provide as much fund to the students as possible. The financial aid has tripled over the last decade in the University of Illinois System. Pritzker said that the higher education of Illinois has a bright future and he is keen to make it world-class.

Illinois voters feel that the state is moving forward on a right track: Survey Report
The research office of the University of Illinois Springfield and NPR Illinois conducted the 2019 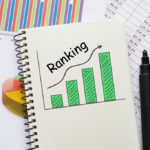 Chicago’s minimum wage $15 an hour?
Chicago may have some good news as the minimum wage of the city could be
Tags: education, students, University of Illinois, Urbana-Champaign

6 hours ago By Savion Buehler

Aspiring Artists Exhibition to be presented by Freeport Art Museum from Feb.28 to Apr. 2

10 hours ago By Lucas Durden

League of Women Voters of Freeport to host free, public program on Feb. 25

22 hours ago By Deborah Pevy

Rep. Mason helps to improve order of protection through introduction of new legislation