In connection with the Department of Justice’s announcement of its Elder Justice Sweep earlier today, United States Attorney for the Southern District of Illinois, Rachelle Aud Crowe, made the following announcement:
“Combating fraud against the elderly is the number one priority of our Fraud & Corruption section,” U.S. Attorney Crowe stated.  “Anytime a senior is victimized, we work very hard to find the responsible criminals and bring them to justice.”

As an example of the office’s efforts to hold accountable those who harm the elderly, U.S. Attorney Crowe cited to the recent guilty plea of Ashley McKinney, 39, of Cahokia, Illinois.  McKinney’s codefendant, Erica Rose, 33, of East St. Louis, Illinois, worked as a home healthcare provider for elderly persons in the Metro East.  While working in the victims’ homes, Rose stole their bank account information and provided it to McKinney.  McKinney then used that information to make illegal purchases, including purchasing an automobile.  McKinney and Rose were indicted in January 2020, but McKinney remained a fugitive until she was eventually hunted down and arrested by the United States Marshals.  McKinney will be sentenced on November 22, 2022.  Rose previously pled guilty and was sentenced to prison.

U.S. Attorney Crowe also noted that Jaykumar Patel, 33, of Florida, pled guilty on June 28, 2022, to assisting in a fraud scheme that victimized an elderly woman in Alton, Illinois.  That fraud scheme, which was based in the country of India, tried to convince seniors that their identities had been stolen and that they needed to pay thousands of dollars to fix the situation.  Patel was a “Money Mule” for the organization.  “Money Mules” are individuals who receive funds from victims and send the money on to the criminals who conduct the schemes.  Patel will be sentenced on January 5, 2023.

“In addition to the Identity Theft schemes, there are a variety of other schemes out there that seniors need to be on the look out for,” added U.S. Attorney Crowe.  “Those schemes include:  (1) Grandparents Scams – where fraudsters impersonate seniors’ grandchildren, or some other loved one, and try to convince the seniors that they need funds immediately, usually for some type of medical or legal emergency; (2) Romance Scams – where scammers meet seniors online, usually through dating sites, pretend to fall in love with them, and then persuade the seniors to send them money; (3) Tax Scams – where fraudsters falsely tell seniors that they owe back taxes and must make immediate payments; and (4) Lottery Scams – where fraudsters try to convince seniors that they have won the lottery or some other type of prize, but need to send money first for taxes or fees.”
“Another situation we’re seeing,” added U.S. Attorney Crowe, “is scammers recruiting seniors to participate in, and help them with, their fraud scams.  When seniors knowingly help these scammers, they themselves can be facing federal prison sentences.”

As an example of this situation, U.S. Attorney Crowe noted last week’s guilty plea by Danny Vaughn, 64, of Centralia, Illinois.  A few years ago, Vaughn met a person on a dating site whom he thought was a young woman that was interested in having a relationship with him.  This person turned out to be a scammer.  The scammer convinced Vaughn to engage in illegal activity, including purchasing items using stolen credit cards and then shipping the stolen items overseas, and depositing counterfeit checks into his bank accounts and sending that money overseas.  Vaughn will be sentenced on January 18, 2023.

When asked what seniors can do to avoid being victimized, U.S. Attorney Crowe gave the following tips:

1.   Be wary of individuals you meet online or over the phone;

2.   If someone you’ve never met in person claims to be in love with you, there’s a good chance that person is a scammer;

3.   If someone you’ve never met before asks you for, or demands, money, there’s a good chance it’s  a scam;

4.   If someone is asking you for, or demanding, money, ask your son, daughter, loved one, or good friend what they think.  This is true even if the person asking for money claims there is no time for you to talk with your family or friends; and

“In summary, we want to do everything we can to protect our seniors from becoming victims.  A big part of that is making seniors aware of the fraud scams out there.  If you have an elderly relative or friend, I hope you’ll take a few minutes to discuss this topic with them.  If you are a senior yourself, my advice and avoid falling prey to these vicious scammers.”

Mylar Balloons Cause Power Outage and Line Damage This Morning
Balloons are the cause of a power outage affecting 1,400 City Water, Light and Power 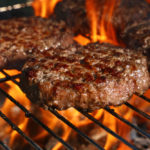