A group of US senators has introduced a bill that will sanction the Nord Stream II gas pipeline. Nord Stream II is an offshore natural gas pipeline project that initiates from Vyborg in the Russian Federation to Greifswald in Germany which is owned and operated by Nord Stream AG, which is the subsidiary of Russian state company Gazprom. This project has two parallel pipelines which were initiated in May 2018. Being 1,222 kilometers in length, it is the longest sub-sea pipeline in the world.

Because of such importance and hype, the US government along with some other Eastern European countries believe that with the successful completion of this project the dominance of Russia would be increased on the region allowing it to control the gas market with a much stronger influence. The issue with Nord Stream II is not one of climatic or environmental, but of geopolitical concern, as it could position Russia to bypass the Ukrainian Gas Transmission System and, as the US Government argues, would also make the European Union highly dependent on Russian gas.

Nord Stream II has been in the headlines and debates in the United States since its inception. US government had already warned several companies involved in the construction of the project, that they could face sanctions (AMY MACKINNON, 2019). The group of senators, which included Republican Senator Ted Cruz, has submitted the legislation to target the companies that are involved in the construction of the project (Flatley, 2019). The bill targets ships that lay the pipeline under the seabed and would refuse visas to executives from companies linked to such project. The bill also proposes to block transactions in U.S.-based property or interests belonging to individuals related to the project and would also reprimand entities that provide insurance to the project. 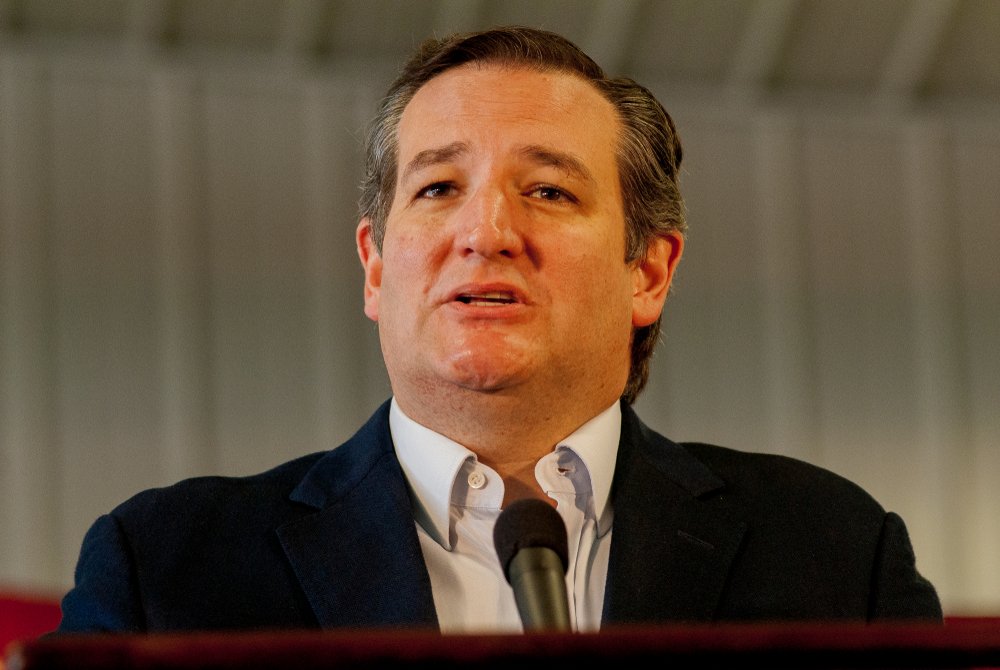 Prospects of the bill

Some of the critics including German Foreign Minister Heiko Maas, are of the view that the US Government’s unilateral sanction is the wrong way to solve a dispute over energy supply. One of the main concerning point for Washington is the fact that the proposed project will bypass Ukraine by running under the Baltic Sea, which in turn will refrain Ukraine from significant transit revenues. Therefore, the US Government is of the view that this proposed plan for Nord Stream II should be canceled and instead Germany should buy liquefied petroleum gas from North America.

Moreover, the European Parliament has also opposed the plan and demanded its immediate cancellation.

As we have already seen how the US Government along with some other European countries are strictly against the project, the situation, however, is pretty much seems to be under control. Though a significant amount of investment is at stake from the Russian side, we haven’t seen any vigorous or violent reply from the Russian side. On one side where the US government has totally boycotted and has tried everything to ensure that the project is not initiated, the Russian side, however, can be observed having an overall attitude of negligence towards the sanctions. Instead, the project manager of the Nord Stream II said in Berlin that there is no need of a plan-b regarding the US government’s sanctions or perhaps more specifically saying that “We are at ease” (Saglam, 2019).

With a constant amount of threats from different sources, the project is being delayed. Is it Russia accepting the reality or is it waiting for the perfect time to answer the sanction? Only the coming days will answer this question. 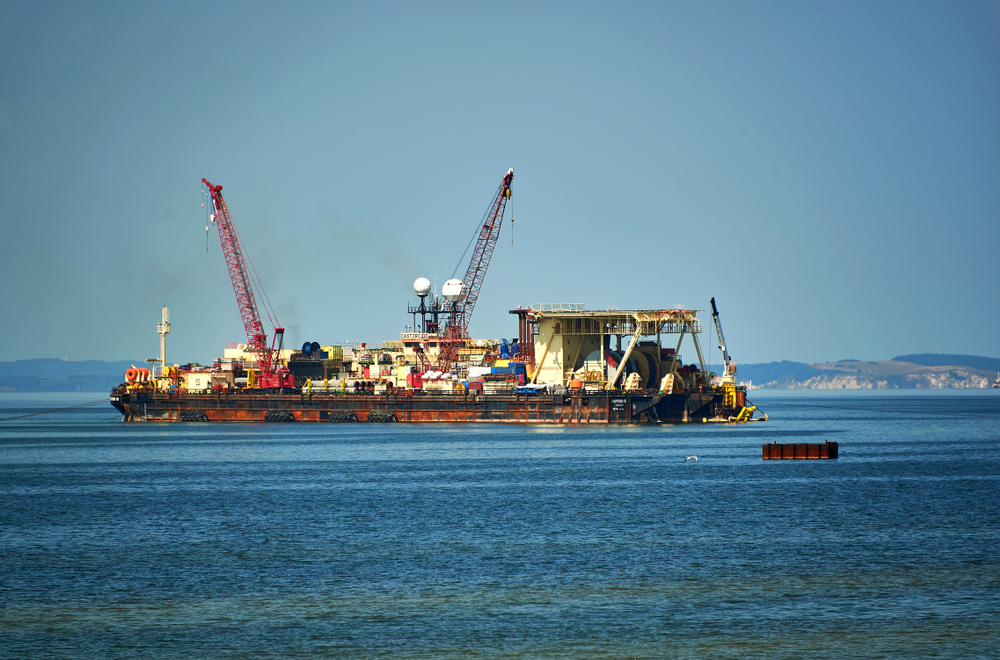 The general attitude of most of the countries is not very pleasing regarding Nord Stream II. Alternatively meaning that they are in consensus with the US Government’s sanctions imposed on the project.

One of the major country being affected by the initiation of this project is Ukraine. The construction of the new pipelines would eliminate the transit fee of approximately $2 Billion which is currently being paid to Ukraine and which is also a whopping 1.5% of the country’s Gross Domestic Product. Moreover, there are also potential threats that Ukraine’s supply of gas may be interrupted occasionally, adding an insult to the injury. Therefore, we can interpret from the scenario that Ukraine is also in agreement with the US Government’s imposed sanctions.

Gas, which Western Europe gets from the Russian sources is to be passed from various other countries like Poland, Hungary, and Slovakia, which are all NATO members. These all countries believe that their supply of gas shall also be interrupted with the initiation of the project and they that they shall also be deprived of the transit revenues.

The extent of strictness in global attitude can be understood from the statement of Poland’s Government that termed the Nord Stream II project, a “hybrid weapon” created by the Russian government to divide the European Union and NATO.

History of the Nord Stream II

In 2011, the managing company of the Nord Stream projects, Nord Stream AG assessed the then current capacity of the pipeline and decided to expand it to 110 billion cubic meters, by adding two more parallel pipelines (which would be later named Nord Stream II) to the pre-existing Nord Stream I line. Therefore, it approached Finnish and Estonian governments for studying the possibilities available for routes. The proposed project was then put on hold in January 2015, when it was observed that the previous line was operating on half of its capacity. Finally, in June 2015 various agreements were signed between the Gazprom, Royal Dutch Shell, E.ON, OMV, and Engie that led to the initiation of the project.

In 2018, from where the real criticism of the project started, the US Secretary of State Rex Tillerson said that the US along with Poland is strictly against the construction of Nord Stream II, mainly because of the fact that it will reduce the route diversification and will result in the conflicts between the European Union.

From then onwards, the issue went extremely global and caught the attention of other countries like Slovakia, Ukraine, and Hungary. Which then finally led the US government to impose sanctions on the Nord Stream II. 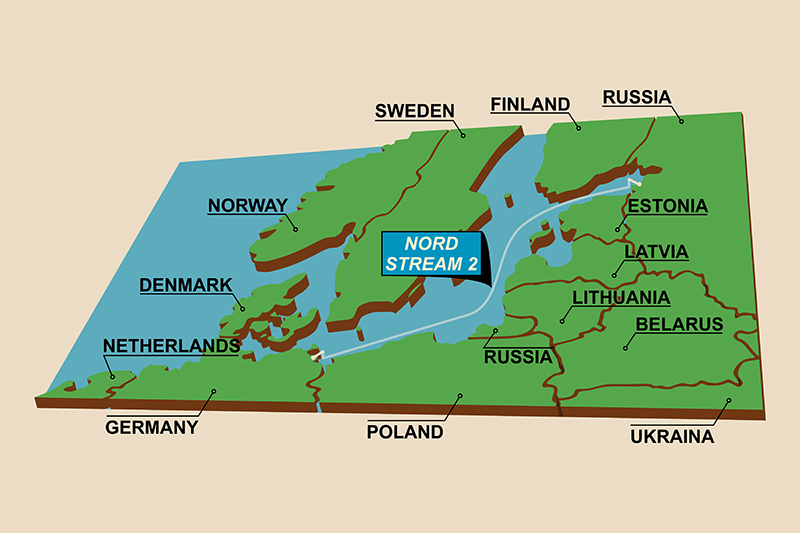 We have already got a glimpse of the general attitude of Ukraine towards the project. This fact cannot be denied irrespective of anything that with the initiation of the project Ukraine will sustain a great economical hit. As we already mentioned about the primary reason for conflict i.e. the transit revenues, the secondary conflict is more threatening for Ukraine. Though less-obvious, but potentially much more dangerous impact, is the risk of isolation for Ukraine. Currently, Ukraine is specifically of great importance to the European Union because of the transit route; once Ukraine is no longer a transit country, it will become way less important to Brussels, Berlin, and Paris. Therefore the potential risk here associated with this scenario is of the effective abandonment of Ukraine by some EU member states, or a potentially weakening support for it.

To comprehend the whole situation we can say that the U.S. is right to object to the pipeline. Because it can be termed as a project conceived to serve Russia’s geopolitical goals rather than Europe’s energy needs. This is the major objection of the United States along with other countries like Ukraine, Poland, and Slovakia. Moreover, the construction of Nord Stream I promoted route diversification which benefited the whole European Union. But, unlike its predecessor, the Nord Stream II, unfortunately, reduces the route diversification and allows Russia to grasp the control of the gas market of the European Union.

If the project is constructed without any opposition, as other countries are complaining, the oil and gas market will turn in the great favor Russia. Because of this enormous project, Russia would potentially be able to control the supply of gas to major EU countries making them dependent on itself. Which could also lead to the potential threat like Russia cutting off the supply of gas for these countries.

Iran does not want escalation or war with US: Javad Zarif
Javad Zarif, the foreign minister of Iran, said that Iran did not seek an escalation

Which U.S. airports are the cheapest and most expensive?
According to the Transportation Safety Administration, flying records are going to break as the Thanksgiving

Fears of a U.S. recession over?
Halloween may be scary but the U.S. economy looks less scary around the festive period.

North Korea: US should act wisely
The relationship between North Korea and United States doesn’t seem to normalize as North Korea

China moves ahead of US on list of most number of rich people
Credit Suisse released the report of its annual wealth survey. The report found that China
Tags: Gazprom, Nord Stream 2, pipeline, Russia, sanctions, Ukraine, US