In a letter sent to Apple and Spotify CEOs Tim Cook and Daniel Ek on Wednesday, WJC President Ronald Lauder wrote that he while both companies continue to offer West’s music on their platforms, they are “profiting off of Jewish hate.”

In response to West’s anti-semitic remarks, other major companies and organizations such as Gap, Adidas, Balenciaga, Foot Locker, CAA and Vogue have ended their business partnerships with the rapper.

“Though I am relieved companies like Adidas have ended their partnerships with Mr. West, their delay in making what should have been a clear-cut decision to rid their halls of such a dangerous voice is unacceptable,” Lauder wrote in his letter.

Lauder also called on the two music platforms to immediately remove West’s music from their services in the letter.

“I am calling on Apple and Spotify to immediately remove Mr. West’s music from your streaming services.”

Lauder also wrote that West’s “music has no place in our society,” noting that Apple Music and Spotify are “Giving a dangerous man a powerful tool to maintain an undeserved presence in popular culture.”

“As an unabashed and unapologetic voice of Jew hatred – and an ardent supporter of Adolf Hitler, a man so vile he began a global conflict that resulted in 60 million deaths – Kanye West’s music has no place in our society,” Lauder wrote.

The rapper, whose Twitter account was suspended for a second time last week after he posted a tweet with an image of a swastika, has been the center of controversy in the past few months for his repeated attacks toward Jewish people and for bringing known white nationalist Nick Fuentes to a dinner meeting with former President Trump at his Mar-a-Lago estate.

Trump, who announced his third presidential campaign last month, has blamed West for the Fuentes’ invite, referring to the rapper as a “seriously troubled man.” 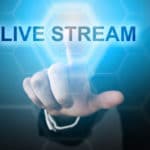 How to care for your dog’s mental health
Dogs are our best friends, they're always there to comfort us and put a smile
Tags: Kanye West, music, World Jewish Congress