In white and rich Streeterville, a rich area of Chicago, people can expect to live 90 years as compared to the black and poor Englewood. It is the highest divergence in this expectancy in the list of US cities. Michelle Rashad, a citizen of Englewood, said, “I have seen a fruit and vegetable shop in this store which is run by a Muslim brother since my childhood and it is the only such shop in one mile”.

There is a scarce of healthy food options in the poor Englewood area of Chicago. In the Streeterville, there is an abundance of fruit shops and other fresh foods. City Health Dashboard published a report in which it was revealed that Chicago had the most divergence in terms of life expectancy among the US cities.

Gun violence is another factor which creates divergence in the life expectancy of these two regions of Chicago. Englewood is one of the most violent areas of Chicago. 93% of the citizens of Englewood has saw the gun violence with their own eyes. Erin Vogel, I Grow Chicago’s co-executive director, said, “100% of the children, we work with, have lost someone they know in gun violence”.

Attempted Murder Charges on a man
A man is charged for attempted murder in Englewood shooting that had wounded three people. 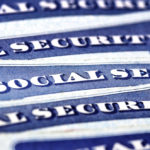