Police from the Cook County Sheriff’s Office, and firefighters and paramedics from Northbrook responded about 7:02 p.m. Monday, June 28, 2021 to a report that a child was found unresponsive in a retention pond in the block of 1700 Provenance Way in Northfield Township. A caller initially reported a drowning from a Mission Hills Road address.

A neighbor found the child unresponsive in the water, then a nurse saw a crowd gather and asked what had happened. When she learned that people were helping a child drowning victim, she rushed over and performed CPR.

The Cook County Sheriff’s Office is leading the investigation of the apparent drowning death. 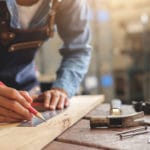