The Commission on Accreditation for Law Enforcement Agencies Inc. (CALEA) will send a team of assessors on Dec. 2, 2019. The team will examine the policies, procedures, support, management, and operation services of the Naperville Police Department.

There are two ways in which the community members can offer their comments. They can either call at (630) 305-5299 on Dec. 3, from 1 pm to 3 pm, or they can attend a Public Information Forum at 5 pm on the same day. The Public Information Forum will be held in the Community Room located at the Police Department, 1350 Aurora Avenue, Naperville, Illinois. The public will be allowed to talk directly with the CALEA’s team of assessors.

According to the CALEA sources, the community members will be limited to talk for 10 minutes for addressing the ability of the agency to comply with the standards of the Commission. Scott Cunningham, a retired chief of police, will conduct the assessment process. For getting more details, you can visit the official site of CALEA at www.calea.org. You can also get information via calling at (703) 352-4225. 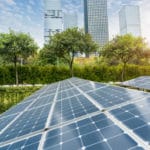