The COVID-19 Pandemic has shaken the US economy. Between April and June, the US economy shrank at a 32.9% as lockdowns and spending cutbacks were employed during the pandemic. Since the government started keeping records in 1947, it was the deepest decline and three times more severe than the prior record of 10% set in 1958.

The fall was driven by reduced spending on services such as healthcare. Economists have predicted to see the sharpest drop in the second quarter, with recovery thereafter. The rebound is showings signs of stalling as Coronavirus cases surge and some regions re-imposing the restrictions. Last week alone, more than 1.4 million filed new unemployment claims.

Head of America’s central bank, Jerome Powell, warned on Wednesday of a renewed slowdown. He described the downturn as the “most severe in our lifetimes”. To weather the crisis, he urged further government spending to help American households and businesses. On Thursday, other business leaders echoed this call.

“The staggering news of the historic decline of the gross domestic product in the second quarter should shock us all,” said Neil Bradley, chief policy officer at the US Chamber of Commerce, a business lobby group. “This jarring news should compel Congress to move swiftly.” According to International Monetary Fund predictions, global growth will fall by 4.9% this year.

The Pandemic has also affected other countries as well including Germany and Mexico. Germany reported a record quarterly decline of 10.1%, Mexico also reported a double-digit economy contraction. The U.S. economy contracted 9.5 % in the same quarter a year ago. Exports and imports were both down more than 20% from a year ago. While the main driver of the US economy-consumer spending-fell 10.7% year-on-year. 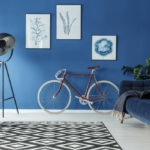 Nunnally Jr. of Nerds® HERD Faces New Challenges
The COVID-19 Pandemic has forced players participating in the 2020 City of Champions Cup to