Cryptocurrency is facing a crisis of confidence after popular crypto exchange FTX filed for bankruptcy, the latest and most significant failure in a series of high-profile collapses.

FTX lent billions of dollars in users’ deposits to an affiliated trading firm that suffered massive losses on risky bets. That left FTX with a shortfall of up to $10 billion, raising the question of whether its users will lose everything.

It’s a shocking turn of events for a respected firm run by Sam Bankman-Fried, a darling on Capitol Hill who cultivated deep relationships with lawmakers and helped them write industry friendly legislation.

Lawmakers on Thursday called on Congress to prioritize legislation to regulate crypto, which isn’t covered by the same consumer protections as more traditional financial products.

“Now more than ever, it is clear that there are major consequences when cryptocurrency entities operate without robust federal oversight and protections for customers,” House Financial Services Committee Chairwoman Maxine Waters (D-Calif.) said in a statement.

Sen. Elizabeth Warren (D-Mass.), a longtime crypto critic, said that the U.S. needs “more aggressive enforcement, not ineffectual rules that the crypto industry is trying to write for itself.”

Crypto industry executives were quick to join those calls following FTX’s collapse. But it’s unclear whether Congress will continue to lean on the industry to write legislation after its leading voice in Washington gambled away users’ deposits.

“It’s totally fair that a lot of these lawmakers would be asking some questions,” said Brett Quick, head of government affairs at the Crypto Council for Innovation, an industry lobbying group that brought on FTX.US as a member last month and cut ties on Thursday. “And there may be a period of needing to reestablish some of the trust that has been built by the industry.”

Bankman-Fried was instrumental in crafting the first major crypto bill, unveiled by Sens. Cynthia Lummis (R-Wyo.) and Kirsten Gillibrand (D-N.Y.) in June, which would hand crypto enforcement over to the Commodity Futures Trading Commission instead of the more powerful and aggressive Securities and Exchange Commission (SEC).

His nearly $40 million in political contributions during the 2022 midterm election cycle raised eyebrows from some in the crypto industry who believed that Bankman-Fried was trying to dominate the conversation in D.C. around crypto rules.

“Anything he was involved in is tainted now, in my opinion, and I think people need to take a step back and ask themselves, why did FTX want this bill?” said Lee Reiners, policy director at Duke University’s Global Financial Economics Center.

“Why does crypto want the CFTC to be their regulator?” he continued. “And is that compatible with investor protection and minimizing risks to financial stability?”

The SEC and CFTC are investigating whether FTX mishandled users’ funds, according to Bloomberg. The SEC’s probe began months ago, the outlet reported.

Bankman-Fried tweeted Thursday that U.S. users will not be affected by the funding shortfall, a claim that drew skepticism from crypto experts. International users face the biggest threat of losing all of their deposits if FTX declares bankruptcy.

FTX has been attempting to raise money in a last-ditch effort to plug the shortfall. Binance, the largest trading platform by volume, initially agreed to buy out FTX but pulled out after reviewing its balance sheet.

“This isn’t about aiming high and missing. This is about recklessness, greed, self-interest, hubris, sociopathic behavior that causes a person to risk all the hard-won progress this industry has earned over a decade, for their own personal gain,” tweeted Jesse Powell, CEO of crypto exchange Kraken.

Still, FTX was considered one of the more reliable firms in the crypto industry, and it joins a growing list of crypto firms to collapse amid falling crypto values.

FTX’s demise could upend other crypto firms. BlockFi, which received a line of credit from FTX to stay operational in June, halted withdrawals on Thursday, citing a “lack of clarity” around FTX.

The Consumer Financial Protection Bureau on Thursday released a report pointing to an uptick in complaints about crypto scams, hacks and bankruptcies.

“Our analysis of consumer complaints suggests that bad actors are leveraging crypto-assets to perpetrate fraud on the public,” Rohit Chopra, the bureau’s director, said in a statement.

Rising interest rates and historic inflation drove investors away from crypto and other risky assets, wreaking havoc on the industry that was betting on continued growth.

Crypto values began to plummet in May after TerraUSD, a stablecoin that was supposed to stay constant with the dollar, lost most of its value in a matter of days, wiping out around $60 billion in investor funds. Do Kwon, the coin’s creator, is currently wanted by Interpol.

Bitcoin, the most popular cryptocurrency, is down 74 percent from its all-time high last year, while lesser-known coins have been hit even harder. 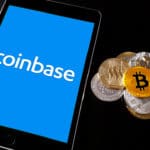 Bad News for Coinbase Lovers
There is bad news for Cryptocurrency lovers as Coinbase has closed their Chicago Office. Their

Venezuela found in Severe Crisis
Venezuela's President, Nicolas Maduro, states that he has defeated an attempted coup by opposition leader

Mylar Balloons Cause Power Outage and Line Damage This Morning
Balloons are the cause of a power outage affecting 1,400 City Water, Light and Power
Tags: Crisis, cryptocurrency