As a mother and global co-head of Blackstone Real Estate, Kathleen McCarthy said she understands the “juggle and struggle” for parenting executives, including those who are expected to select the world’s best property investments. McCarthy often struggles to put work down in the evening to tuck her daughter into bed at night.

It was something she grappled with for some time until she saw how some of her male colleagues, like longtime Blackstone executive Bill Stein, were devoted fathers and that didn’t affect how others viewed them or the outcomes of their business.

That’s when she could finally breathe a sigh of relief, knowing she could be a good mother and a successful executive, McCarthy said. She spoke at the opening general session on Tuesday of research and public policy group Urban Land Institute’s conference in Dallas. She touched on parenthood, workplace bias and how managing the two helped her in her job deciding on investment real estate that these days includes industrial, multifamily and types of hospitality.

When it comes to being able to have success as both a mother and an executive, “I only wish I’d known it earlier,” McCarthy said. “Women are asked questions, oftentimes in their social lives or what comes up around the dinner table, that do not come up as frequently for most men.”

McCarthy asked Adam Weers, Trammell Crow Co.’s chief operating officer, if he got asked if he was going to go back to work after his baby was born. “I did not,” Weers said during the opening session that kicked off ULI’s fall meeting, which had over 5,350 attendees as of Tuesday and 240 events tied to the conference.

“I’m also guessing people at your company — or your parents — aren’t saying, ‘When are you going to stop [working] and stop traveling to places like Dallas,'” said McCarthy, who is based in New York City at Blackstone’s headquarters. Prior to joining Blackstone in 2010, McCarthy worked at Goldman Sachs, where she focused on real estate investments.

Planning for Inflation
McCarthy said her experience in juggling multiple roles — and the ability she developed to pivot when needed — has helped guide investment plans for Blackstone’s real estate arm, which has a $550 billion portfolio and $298 billion under management, as the economy has been hit by high inflation.

“We are in a great sector for an environment like this,” McCarthy said. “In an environment where costs are rising and you need to generate cash flow growth, real estate is a great place to be overall. Real estate today is in a better place than it’s been than other economic environments, we never got back to those heavy levels of new construction or lending on new speculative construction.”

Blackstone Real Estate is staying focused on asset classes “where the wind is at our back” and where developments in the broader economy feed into the demand for those assets.

“We are entering this tougher economic moment with capital and cranes more in check now than they have been in prior cycles, which positions our real estate assets to do quite well,” she said.

By design, Blackstone Real Estate has built its portfolio since before the Great Recession to handle a high-interest rate environment and generate cash flow growth, McCarthy said. About 80% of the company’s real estate portfolio is concentrated in warehouses, rental houses, hotels, lab office space and data centers, she said, all of which will benefit from anticipated limited supply going forward.

Here’s a brief overview of some of the property types Blackstone Real Estate is focused on:

Industrial
“Industrial has been our highest conviction theme for over 12 years now,” McCarthy said, with the advent of e-commerce and spending “our whole lives online” expected to increase. Companies are recognizing they need warehouses as close as possible to as many rooftops as possible to successfully sell online, she said, leading to a U.S. vacancy rate for industrial space below 3%. At the same time, new development costs are continuing to rise, leading to strong real estate fundamentals, she said, as the “world continues to look for more warehouse space.” McCarthy said she’s projecting 30% rent growth for industrial in the United States, 20% rent growth in Europe and Asia’s rent growth being somewhere between the two.

Multifamily
If McCarthy had a magic Harry Potter wand, which she said she has as part of a Halloween costume, she would wish for policymakers to find new ways to help build a new supply of housing with the United States facing a deficit of 4 million to 6 million units, she said. Unfortunately, she said, her newly purchased wand lacks magic and she’s only able to offer ideas like putting more tax credits into the system and rewarding pro-development cities. One area of focus: Student housing, with Blackstone recently closing on the $13 billion acquisition of American Campus Communities.

Hospitality
This part of the real estate industry remains a “high conviction” area for Blackstone that was interrupted by the pandemic, McCarthy said. “For our hospitality assets, there has been a 30-plus year trend line up and to the right as the demand for travel, from personal to leisure to business” has increased, she added. So, what’s on Blackstone’s radar? Supply-constrained beach front property in key destinations, such as Hawaii and the Maldives, are considered ideal investments, she said. Other opportunities include the recent acquisition of Crown Resorts, with Blackstone taking its turnaround knowledge that led to the $4 billion sale of the Cosmopolitan hotel and casino in Las Vegas, to apply to this new deal, she said. 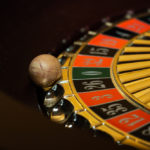 Mylar Balloons Cause Power Outage and Line Damage This Morning
Balloons are the cause of a power outage affecting 1,400 City Water, Light and Power
Tags: advise, real estate, tips and tricks