Police, firefighters, and paramedics from Lake Zurich responded about 11:50 a.m. Monday, June 14, 2021 to a report of open burning that extended to a house in the block 100 Miller Road in Lake Zurich.

Firefighters on arrival discovered smoke coming from the eaves of the building and heavy flames from the rear of the house at the main and basement levels. All residents had safely evacuated the home.

Firefighters initially fought the fire offensively, but changed over to defensive mode because of the volume of smoke and fire; and the discovery of sagging floors. In defensive mode, firefighters were able to extinguish much of the fire from outside.

Firefighters, paramedics, and/or command officers from Buffalo Grove, Countryside, Deerfield, Libertyville, Long Grove, Mundelein, Palatine, Palatine Rural, and Wauconda were assigned to the scene. Arlington Heights firefighters also responded with a Squad and a Tower Ladder — possibly as a replacement for one of the other assignments.

Firefighters, paramedics, and/or command officers from Algonquin, Fox River Grove, Grayslake, and Wheeling were assigned to change of quarters to stand by in Lake Zurich fire stations.

On the Second Alarm, firefighters, paramedics, and/or command officers from Cary, Hoffman Estates, Mount Prospect, Mundelein, Palatine, Round Lake, and Schaumburg were assigned to the scene.

Arlington Heights firefighters also responded with a squad and a truck

Also on the Second Alarm, firefighters from Crystal Lake were assigned to change of quarters to stand by in a Lake Zurich fire stations.

Preliminary investigation indicates the fire started under the outside deck. The home sustained an estimated $400,000 in damage, with another $200,000 loss or damage to contents in the home. 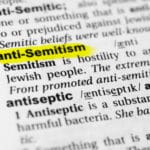 Rep. Carroll decries Lake Zurich anti-Semitism
A state legislator pledges new laws on anti-Semitism after a swastika was painted on a 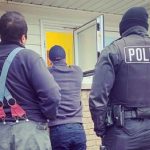 National Coffee with a Cop Day in Naperville: Everyone Invited on Oct. 5
Citizens are invited to enjoy coffee and conversation with members of the Naperville Police Department
Tags: fire department, Lake Zurich