Lake County Sheriff’s deputies and firefighters and paramedics from Wauconda Fire Protection District responded about 3:10 a.m. Sunday, May 23, 2021 to a a report of a motorcycle down at Route 176 and Fairfield Road, Fremont Township. Lake County Sheriff’s deputies arrived and located a Yamaha Motorcycle off the roadway, just north of the roadway. After a brief search, they located the operator of the motorcycle, a 30-year-old man of Wauconda, who was fatally injured.

Preliminary investigation shows the motorcycle operator was traveling westbound on Route 176 at a high rate of speed. As he approached the Fairfield Road intersection, he lost control of the motorcycle, left the roadway, and struck a traffic standard. The man, who was wearing a helmet, was thrown from the motorcycle and sustained fatal injuries. He was pronounced deceased at the scene.

The Lake County Coroner’s Office responded to the scene and an examination on the motorcycle operator is being scheduled, according to the Lake County Sheriff’s Office.

Route 176 was closed for approximately three hours while crash investigators were on-scene. The crash remains under investigation by the Lake County Sheriff’s Office Technical Crash Investigations Unit. The Speed Limit on Route 176 is 55 MPH, and the Speed Limit on Fairfield Road is 45 MPH, according to Google Street view images captured November 2019. 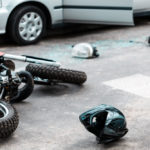 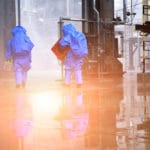 National Coffee with a Cop Day in Naperville: Everyone Invited on Oct. 5
Citizens are invited to enjoy coffee and conversation with members of the Naperville Police Department
Tags: Lake County, Lake County Sheriff’s Office, Motorcycle Crash