A Crystal Lake man was killed in an accident while working at a steel supply company of Schaumberg. The worker was identified as Adrian Gomez, 26-year-old, by the office of the Cook County Medical Examiner. Gomez was a worker of Earle M. Jorgensen, Co. The company is also known as EMJ Metals. Gomez was pronounced dead at about 10:40 am at the EMJ Metals in the 1900 Mitchell Drive Boulevard in Schaumberg.

Schaumberg police received a call about a man trapped in a machine at about 10:09 am. The police and paramedics responded to the call immediately. The Fire Department of Schaumberg sent the extra crew to the scene. A special rescue squad of the fire department, Squad 55A, reached the steel company factory with special rescue tools. The power of the machine was turned off by the firefighters for the extrication purpose.

EMJ Metals is a company which deals with the supply of Aluminum and Steel bars, and tubing, according to the website of the Jorgensen Steel. A nearby worker said that the company has a high value for safety at the workplace. He added that there are some wonderful people who work at Jorgensen Steel. The EMJ Metals also supplies plate to the North American manufacturing companies. 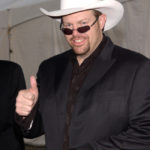